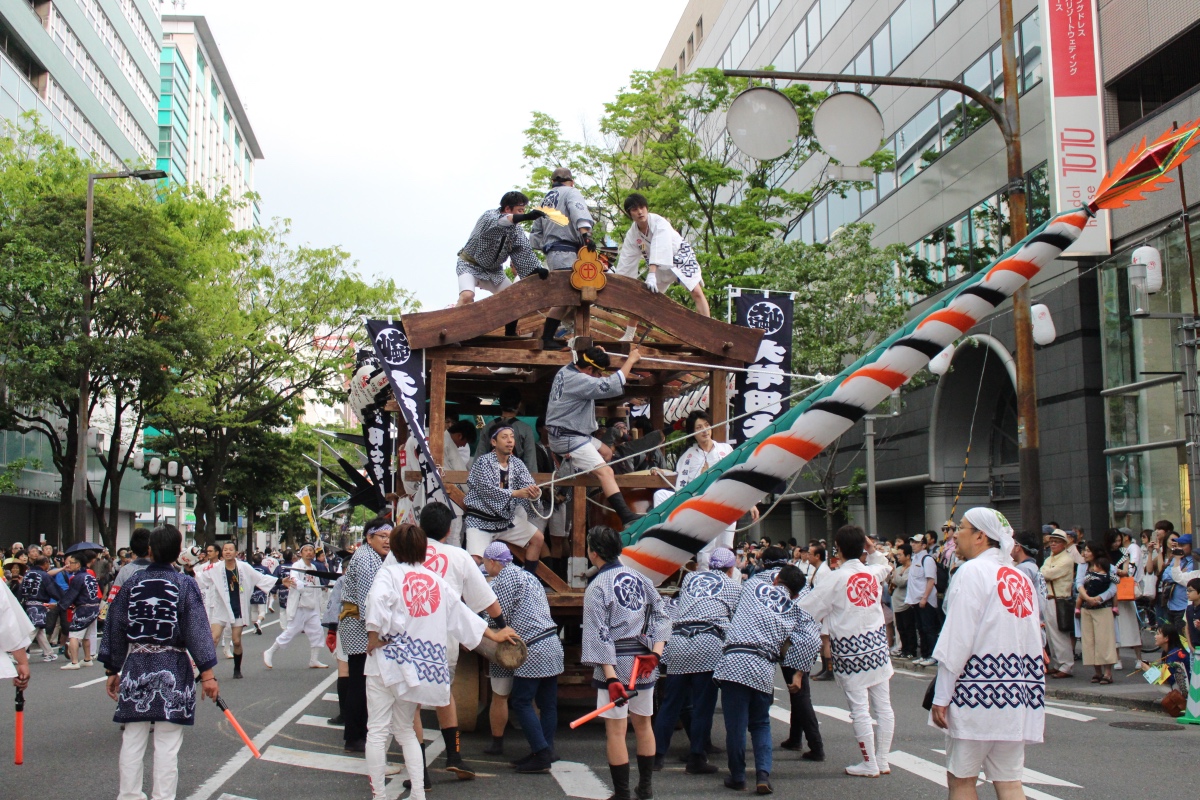 The Dontaku Festival in Fukuoka (or Hakata, depending on who you ask) is one of the biggest in Japan and goes back over 830 years. It was rained out this year… again.

This happens every few years, so it wasn’t a surprise for most local people who think “It’s always raining during the Dontaku festival.”

The main event is a parade that goes right through the center of the city. There are enormous floats sitting on top of a wooden platform that is carried on the shoulders of a people, being trailed by various performers. There are marching bands, elaborate costumes, and dancers ranging from school children to senior citizens. The parade started at 1 pm this year, but by 2:30, we were all caught in the middle of heavy rainfall, quickly making our way toward shelter.

We ended up in the hallway of an office building watching a group of men heading for cover while carrying one of the gigantic floats. The parade that was supposed to last until 7 pm was canceled.

Hakata Dontaku festival is one of the largest festivals in Japan held in Fukuoka on May 3rd and 4th. Many people come from outside Fukuoka prefecture since it is middle of a holiday week called Golden Week. 2 million people come every year and it’s recently been popular with travelers from other countries, too.

Over 650 groups walk in the parade along Fukuoka’s main road. Each group wears unique costumes, plays music and dances according to their own traditions and religious beliefs. Student groups lead marching bands, too.

The origin of the name “Dontaku” is from the Dutch word “Zondag,” which literally means a holiday or a Sunday. You may not know this, but Japan and the Netherlands have a long relationship going back to the Edo period (17th century). The festival got its start there and has evolved into what we see today. 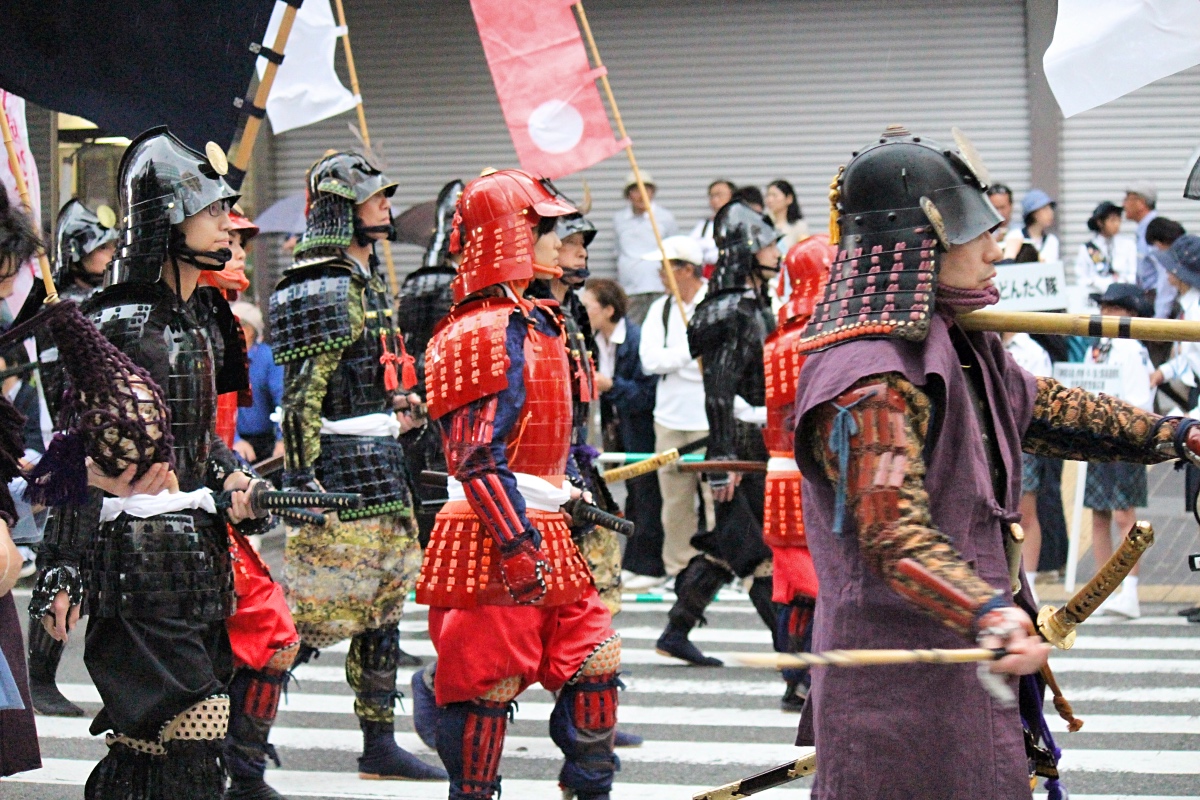 You may notice that many dancers and even people in the crowd are clapping wooden paddles together. These are rice paddles called “Shamoji” that serve as symbols of the festival. Shamoji represent how Japanese people use rice paddles daily to scoop rice from a rice cooker.

There are two stories on why Shamoji is the icon of the festival.

The first story is that a long time ago a wife was preparing dinner when the parade was going on. When it passed in front of her house she started dancing with the Shamoji in her hand.

The other story is that Japanese drums, “Taiko,” were expensive so only upper-class people could afford them. Shamoji, on the other hand, were not and every family had them. This made Shamoji the ideal symbol of Dontaku: A festival where it doesn’t matter which class you belong to. Anyone can enjoy and even participate in the celebration.

I guess this is true for any kind of festival, but the best way to enjoy yourself is to join in rather than just watching from the outside.

During Dontaku, you can join the closing dance parade from 6 pm on the 4th. You can dance with dressed up local dancers and experience the energy firsthand. It’s not a problem if you don’t know how to dance or even if you are a bad dancer. 😉 It is a very open event. They say “Hello, and welcome to people from different counties, please join us! We are happy if you enjoy dancing together. Don’t hesitate, don’t be shy! ”

They announce: “Hello and welcome to people from different countries. Please join us! We are happy if you enjoy dancing together. Don’t hesitate, don’t be shy! ”

We have been in Fukuoka 3 weeks now, and feel that people are very nice and friendly in general. If you join the closing dance you can feel a connection even more with local people.