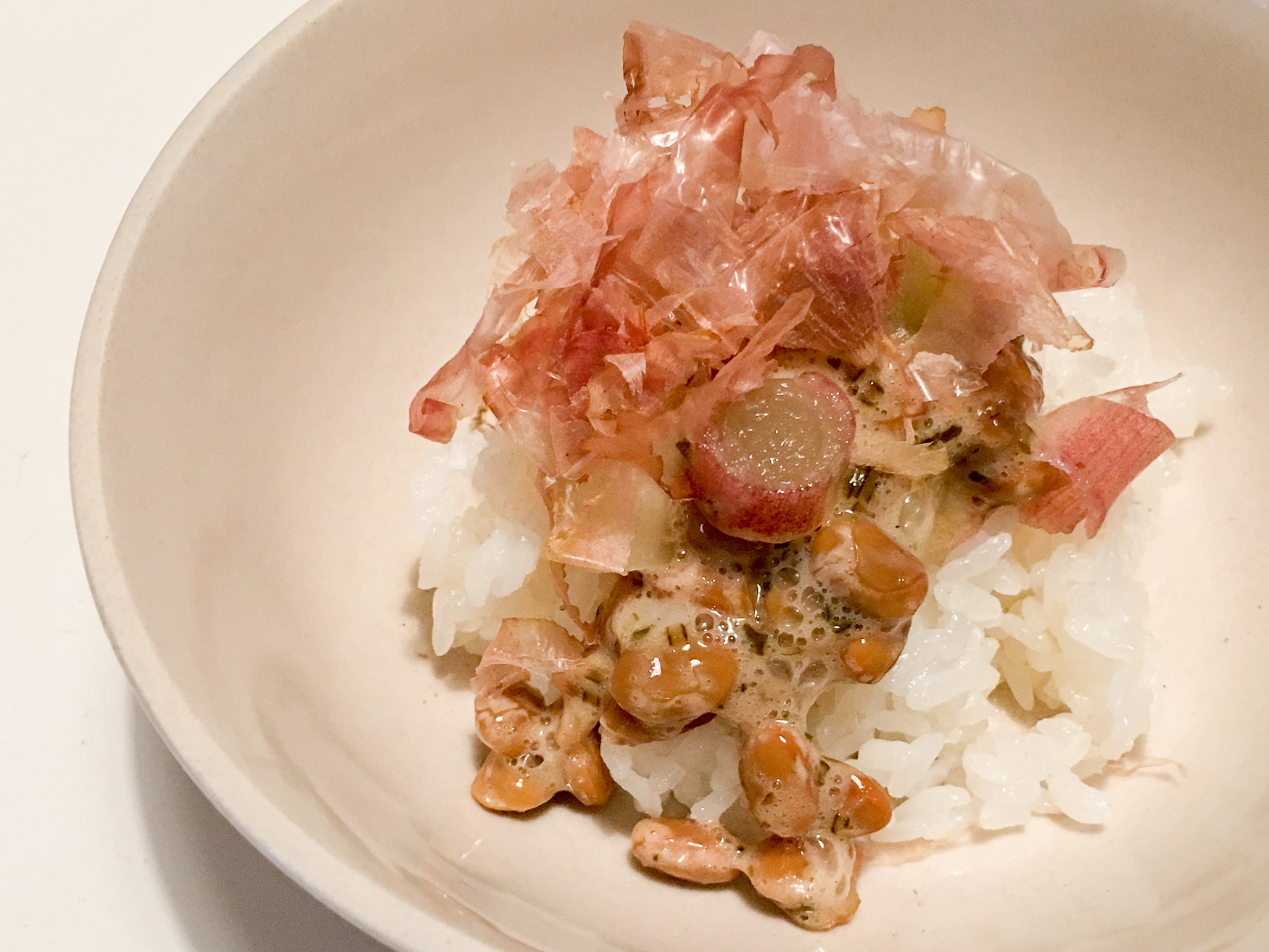 If you’ve heard of Natto (pronounced like gnat toe), then you’ve probably heard warnings about it, too.

This strange concoction is extremely popular in Japan, but not many people know about it outside the country… And those who do are often freaked out by it.

We’ve heard the smell compared to dirty socks and cheese. We’ve also heard it just smells terrible and you should hold your nose when you eat it.

The texture is gooey and slimy. Stir it up and the texture gets even more extreme—gooier, slimier, and thicker.

Like anything sticky, it leaves its mark as you lift it to your mouth for each bite. A web of natto goo trails from the chopsticks back to the bowl.

Why Would Anyone Eat Natto?

Well, there’s no doubt it’s an acquired taste, but it’s also so beloved by many people in Japan that it’s eaten daily for breakfast.

So, let’s start by addressing the rumors about the smell and texture. Nobody thinks Natto smells good, but comparing it to old socks is a bit of an exaggeration. We have been eating it for breakfast (along with TKG) lately and the smell isn’t really that terrible from either of our perspectives.

Natto’s gooey texture is also odd at first, but it’s something you get used to after a while. It just seems strange because it’s different than what you’re used to. There are many gooey foods in Japan so the texture doesn’t seem that weird to most people. They grow up eating them regularly and consider them very healthy.

Neba Neba is a term meant to represent the sound these gooey foods make and Natto is only one of many foods in this category. There’s also okra, grated yam, raw egg, and many others.

Once you get past the smell and texture, the taste really isn’t that bad. Adding a little dashi (a slightly sweet soy sauce), leek or grated ginger can make it even better. Put this all on top of some rice and you have a tasty little breakfast.

Add a raw egg to further enhance the flavor. Just stir it up as if you’re getting ready to scramble eggs and pour it on top. This might sound just as odd, but rice and raw egg make a fantastic combination.

If even after coming to terms with the smell and texture, you just don’t love the taste, Natto is still an extremely healthy food. Whole soybeans are cooked and then a kind of bacteria is added and it’s left to ferment—similar to how you make yogurt or sauerkraut.

The fermentation process makes the soybeans easier to digest, while also creating a unique nutritional profile. There are probiotics, a good balance of fat and protein, plus a nice dose of iron and other minerals. It’s high in vitamin K, too. Many people believe it’s a big part of why the Japanese live so long.

These health benefits are the other reason why it’s such a popular breakfast food. It’s very healthy and can be customized to suit your taste. You can eat it with an egg, vegetables or even on toast.

We’ll show you in the video below.

How To Try Natto In Japan

If it’s your first time, you may want to just try it in a restaurant before doing it yourself. In fact, go for the whole Neba Neba experience. You can get a dish with many of these foods on top of rice called Neba-Neba Don. Or, you can get a seafood version called Bakudan.

You can also stop at a conbini (convenience store) and try a natto rice ball. This is just seaweed wrapped rice with natto in the middle.

Or, go for the full experience and get some packaged natto to bring home with you. That way you can add different ingredients to suit your taste and if you don’t like it you can spit it out privately.

Any supermarket in Japan will have many brands of Natto sold in packs of 3-4 single use containers. Each container will have Natto covered in plastic and a packet of dashi sauce to add to it. Some will also have a pack of Japanese mustard. Just add these to the container and stir it up. Megumi has heard you should stir it at least 150 times, but it’s a matter of preference. The more you stir, the gooier it gets.

Natto triggers strong reactions in people. To Westerners, in particular, it’s just hard to get used to the smell and texture of it.

But, if you’re at all interested in Japanese food you should try it with an open mind. You may be freaked out at first but, the texture and smell become normal after a while. They are just different than what you’re used to so it may take a little adjustment.

Sushi triggered the same reaction for many years, but now it’s one of the most famous foods in the world.

If you can get over these small issues, is a unique Japanese food and may even give you a boost in nutrition.