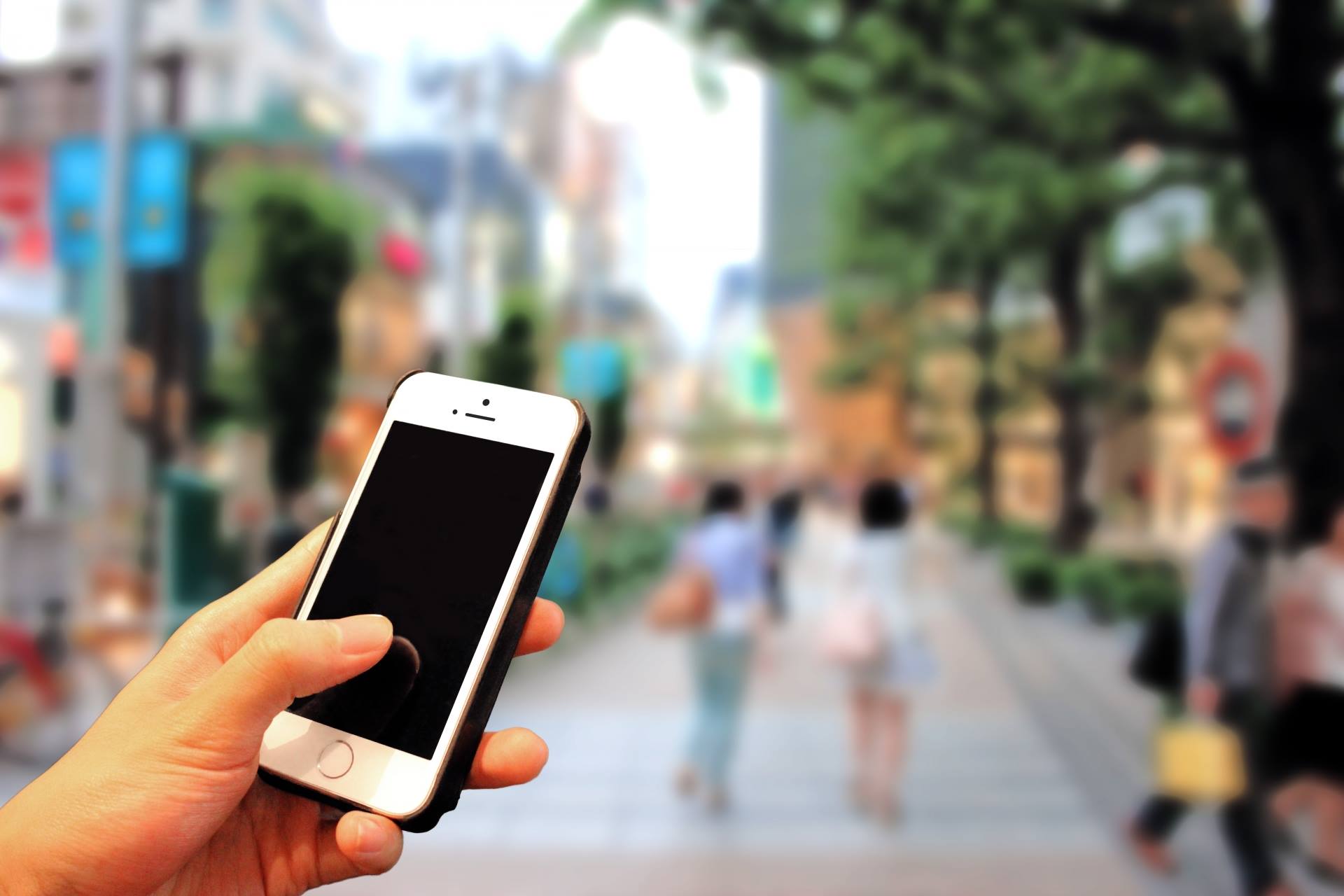 Public WiFi in Japan is worse than a lot of other countries. But, it’s not due to poor infrastructure limiting speed and access. Speed and performance are usually great if you’re connected to a private network in a home or office. Some public networks are great, too…

The biggest challenge is getting connected in the first place. Free hot spots are limited and the ones available usually require a long, tedious process to get connected.

While we can’t change Japan’s public WiFi situation, we can help you understand it and find the best option for you. With just a little preparation you’ll be in Japan navigating the web like a pro.

What you need to know about public WiFi in Japan

Your first challenge is going to be the login process. There are a handful of different companies that offer internet access and they each have their own specific requirements before you can connect with them. There are also third parties using the same network, but with their own login procedures.

Most companies are designed to favor subscribers—that are locked into long term contracts—over casual users and have separate connections for them. For example, many mobile customers get access to exclusive WiFi connections which are separate from everyone else.

What this means for you, as a traveler, is that it’s hard to connect for free and when you can the connections often aren’t very good. Usually, you’ll have to go through a tedious process of entering an email address, then go through a couple screens where you agree to the terms of service. You might have to receive a text message with a code before you can connect.

Be prepared to do this a lot. It often takes many tries before you can connect and if you turn off your phone or computer you’ll have to go through the whole process again.

Where can you find free WiFi in Japan?

If you’re willing to deal with those basic inconveniences, there is public WiFi available in many places all throughout the country—just don’t expect it to work consistently. We really can’t emphasize enough how unreliable public WiFi is.

Now that we have that little warning out of the way, here are some places that offer free connections. We’ve ordered the list based on our experience of which places are most reliable and readily available.

Starbucks
Starbucks is really common in most Japanese cities and they usually have decent WiFi. You used to have to register in advance, but they’ve now simplified the process so you just accept the terms and connect.

Tully’s
Another coffee chain that’s similar to Starbucks, but usually with a little bit nicer atmosphere. It’s pretty easy to login at most locations.

McDonald’s
If you like McDonald’s they also have free WiFi. Many locations have a separate cafe section so it’s pretty easy to just get a coffee so you can go somewhere else to eat real Japanese food. Unless you want to try McDonald’s in Japan, of course.

Tokyo Metro
Tokyo’s Metro system seems to work a little more consistently than other rail networks and it’s pretty straightforward to get started.

7-11, Family Mart, and Lawson
You can connect at the major convenience stores in Japan, but we’ve found their networks usually don’t work. But, they do occasionally so it’s an option. Some stores have a seating area, too.

What about paid WiFi in Japan?

If you want to go beyond free public WiFi without getting a SIM card or a Pocket WiFi device, there are some paid options that are slightly better. You’ll have more places to connect and it’s a little bit more consistent—but not much.

Generally, you will be signing up for contracts that range from a day to multiple weeks. You will usually get a password to login and log out from hot spots. If you happen to be near good hot spots on a regular basis paid plans can be helpful, but you shouldn’t assume there will always be a good one nearby.

We also ordered these from most to least reliable.

Boingo
If you travel a lot, you’ve probably come across Boingo in an airport somewhere. They have multiple plans available, but you should check out the WiFi access plan for the Asia/Pacific region. It gives you access to a number of different WiFi hot spots all around Asia. Most hot spots are in places that already offer free WiFi access, but you’ll usually get access to a few more options in addition the free ones.

They have an app that’s supposed to automatically connect you to nearby networks, but it rarely works automatically. On the whole, it’s slightly better than using free WiFi.

You can use it with up to four devices, which is a plus for groups. Be aware that they have a fair use policy which limits your data so if you need a lot of data keep that in mind. Also, be sure to read the fine print so you totally cancel your plan after you finish your trip. Otherwise, you’ll be on a pay as you go plan and it may automatically connect you at some random point and then restart your plan.

Docomo
Docomo WiFi for visitors has a few different paid plans that give you access to the Docomo network. Results vary depending on where you go. Some of their hot spots are really good. There have been many times where a free WiFi network is really slow, but the premium Docomo one is really fast.

Just note that you can only login on one device at a time so people can’t share it and you can’t connect to both a phone and laptop at the same time. Also, Docomo is included with Boingo’s plan. So, unless you need to download or upload a lot of stuff Boingo is probably better.

Wi2
One of the biggest WiFi networks in Japan is Wi2. They have a range of hot spots that vary from free to premium connections, but we’ve never found the premium ones to be much different. They are also available with a Boingo plan, but have their own paid plans as well.

Since good public WiFi is so hard to find, most people either get a pocket WiFi device or a local SIM card. However, if you’re using Airbnb or a similar service, the host may include a pocket WiFi device already so it’s a good idea to figure out your accommodation first.

If you decide to get a pocket WiFi device or a SIM card, here’s a little info about each.

A pocket WiFi device is a portable WiFi hot spot that’s usually about the size of a cell phone that you carry around with you. It will connect to cellular networks just like a smartphone does, then transmit a WiFi signal. You can connect just like you would with any WiFi network.

They are marketed really heavily toward travelers as a convenient solution to Japan’s limited free WiFi. You can usually have a device shipped to your hotel or else pick it up at the airport. You drop it off when you leave.

Is there a downside?

The first thing is that they’re usually pretty expensive. Most start at about $10 or more per day, with discounts for longer periods of time.

There’s usually a lot of fine print, too.

While most promote unlimited high speed WiFi access, there is usually a limit. After you reach this limit they slow down the speed—sometimes for a day, sometimes for a few days.

The details vary, but it’s usually 1 to 3GB per day. If a few people are sharing the hot spot for most of their web browsing this can go fast.

The only option we know of that offers truly unlimited data is Japan Wireless. They are a little more expensive, though.

A couple of other options are Sakura Mobile, which offers both pocket WiFi and SIM cards, and Ninja WiFi.

A local SIM card lets you use your phone like you normally do at home. As long as you have an unlocked cell phone, you can buy a local card, purchase a data package, and you’re all set.

Is there a downside?

You will have limited data and it takes more effort to set up a local SIM card. Plus, your phone needs to be unlocked.

Beyond those basic things, it depends on how many people are traveling with you. If you’re in a group you would need multiple SIM cards, while you could share a single pocket WiFi device.

For getting a SIM card, we’d recommend Mobal, which we find to be the best option. We haven’t tried them out yet, but will be soon. We will update this after we’ve given them a try, but based on our research it’s the best option. But, you can also get something at the airport if that’s easier.

Consider this before you choose

We usually rent places using Airbnb and try to find a place with an unlimited home internet connection, as well as a pocket WiFi device. For hotels, we usually research their WiFi situation and see if others mention it being really good or bad.

If you really don’t need to use a phone or tablet in public, then you may want to consider one of the paid WiFi plans. They expand your options and many times will improve public WiFi. But, they probably aren’t a good choice for most people.

If you’re alone or part of a couple and feel you need internet beyond what you get at your hotel or apartment, a SIM card is probably your best bet. Mobal, the one we mentioned above, can be mailed to you, but there are also more options at the airport.

If you decide to just go for one of the WiFi plans, the Boingo Asia/Pacific is probably best for most people unless you need to use lots of data. For example, if you’ll be taking high definition video and plan to do a lot of downloading/uploading. In that case, Docomo is probably best.

If you’re in a group and need more internet access, you should probably go for the unlimited personal hot spot through Japan Wireless and share it. Otherwise, those who need extra internet can get a SIM card or sign up for one of the premium WiFi plans. This will really depend on your group.

We know all this information can be overwhelming and you’ve probably never thought so much about the internet. We just want you to be prepared before your trip to Japan. So many travelers assume there will be good public WiFi and then have to figure all this out once they arrive.

For some us, the internet is such a big part of life that it’s hard to go without it. If that’s you, be sure to figure out what’s best for your unique situation before you leave for Japan.