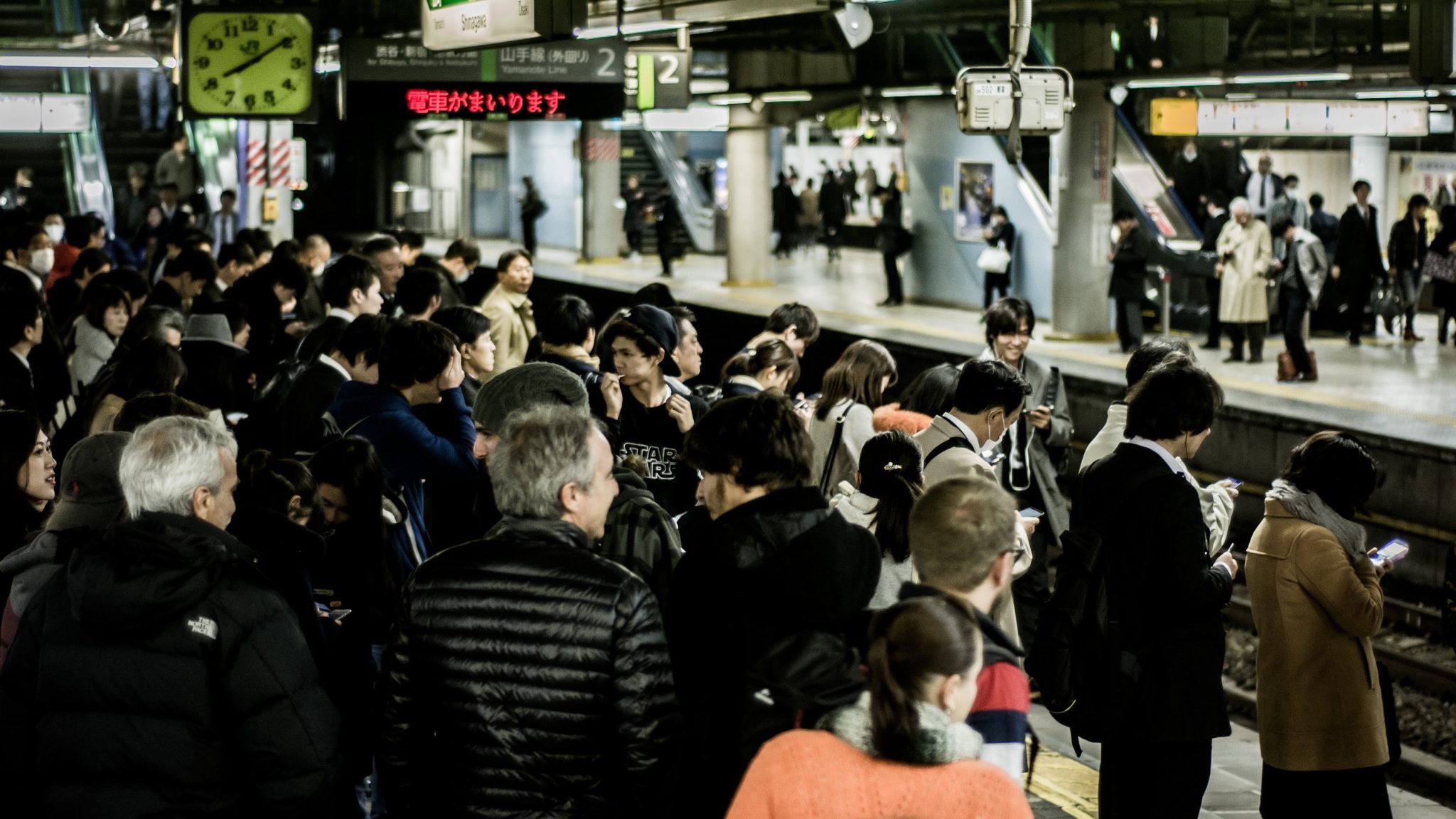 While most cities are either small and dense or big and sprawled out, Tokyo is both. Instead of having one central business district there are multiple, densely populated areas surrounded by quiet residential areas. This makes the extensive Tokyo metro system even more incredible. You can venture most anywhere in the city by rail.

But, it’s complicated. There are many lines, owned by different companies,  and the cost varies dramatically depending on which route you take.

To really master this system, you’re going to need a little help…

And help you we will. By the end of this guide, you’ll be able to navigate the Tokyo Metro system like a pro.

A quick note for people just passing through…

Before we get into the details of how to understand and use this complex system, we want to mention a simple option for anyone quickly passing through who just wants to see the main parts of central Tokyo. You don’t need to learn the whole system. Instead, just focus on the JR Yamanote line.

Rather than going to the outer city, the Yamanote line circles around the central districts of Tokyo. You can explore Ginza, Shibuya, Shinjuku, Shinagawa, Ueno, and many other parts of Tokyo all on this one train line. Also, if you end up getting a Japan Rail pass, you will have access to all the JR lines in Tokyo, too.

So, if you’ve never been to Tokyo before and want to see the major sections, just make sure you stay someplace along the Yamanote line.

Are you ready to master the Tokyo metro?

If you’re still here, we’re assuming you want to venture beyond central Tokyo and see all this city has to offer. To start things off, we’ll give you an overview of using the Metro. This way, if you don’t want so much detail you can understand the basics.

Get a rail pass, Pasmo, or Suica card

The Tokyo Metro has so many lines…

The first thing to be aware of is that just saying Tokyo Metro isn’t quite accurate since Tokyo’s train and bus systems are not all run by the city or even by a single company. They are run by many companies, which all have different routes and fares.

That said, you don’t need to learn all of them since there are three main companies running most of the rail network. The other lines are smaller and cover a very specific route.

These are the big three:

The Metro is Tokyo’s city subway system and is one of the largest and oldest systems on earth. It can take you all over the city, but it’s especially useful in the central areas.

Toei runs four additional subway lines that can be helpful. Just keep in mind that they are not part of the official subway network.

JR East is the world’s largest railway company and operates trains within Tokyo and also throughout Northeastern Japan. This includes the Shinkansen trains (bullet trains) that are popular for traveling to Osaka, Kyoto and other major cities.

You may be familiar with the Japan Rail Pass. If not, it’s a discount pass for unlimited travel in Japan for a specific amount of time. If you have a pass you can freely use JR trains within Tokyo.

However, as we mentioned JR East is one of many rail companies so the pass is not valid on the Tokyo subway or other lines. Only JR trains. So, its usefulness depends on where you stay and where you go.

The many ways to pay…

To use any of the different train lines, you either buy a ticket from a machine or buy a Suica or Pasmo card, which is reloadable.

We highly recommend getting a Suica or Pasmo card, which can be used for all the different train lines, as well as in convenience stores, plus many other stores. This makes the process of using the train system much easier. It’s faster than buying tickets and you have access to many more entry/exit points.

It’s also much easier to use than cash. No fumbling with coins or going through the credit card process. Also, most stations have vending machines with food and drinks which you can use your card to pay for, too.

The two cards are very similar, but Suica is issued by JR and Pasmo is issued by the Tokyo Metro. So it’s mostly just your preference or what’s most convenient since they both function the same way.

Until you really get to know the system, we recommend planning out your trip in advance using an app or website. The process of choosing the best route and calculating the fare isn’t always straightforward to do at the station. Google works pretty well since it will calculate the fare and show different options.

But, if you decide to just go to the station to figure it out there are usually maps and price tables available.

Getting to the trains

Beyond the differences in routes and prices, it’s important to note that since Tokyo has distance-based pricing, you will use your ticket or card both when entering and when exiting.

If you’re using a ticket, you must use specific gates which accept tickets. You will notice a ticket slot near the bottom of the machine if it accepts tickets. Often, this is only one of the available gates so be sure to look in advance.

There will be a small slot where you put the ticket in and then another one where you retrieve it. When you exit at the end of your trip, the machine will keep the ticket.

Keep in mind that a ticket is for one trip only. That means you need to calculate the fare in advance and buy one for that price. But, if you make a mistake there are fare adjustment machines near exits, where you can add more to the ticket.

Again, we strongly recommend getting a Suica or Pasmo card. Tickets can be very complicated for travelers.

With a Suica or Pasmo card, you simply tap it on the card reader and enter. There will be a screen just above the card reader that will show you the balance on your card. When you exit, it will show the cost of the trip on top and the remaining balance below that.

Now that you’ve entered the paid area of the station, it’s time to find the right train. Luckily, the system has most information in both English and Japanese.

The first thing to do is find the right train line going in the right direction. In major train stations, this can be challenging, but the lines are color coded so you can just match the color and the direction.

Next, be sure to take the right train. Many times there will be local trains, express trains, and limited express trains. These are usually color coded, but it can vary between train lines. The platform may also have lines corresponding to each train type.

While the train system is clean, punctual, and efficient it can also be expensive. This goes back to the complexity of this multi-company setup. The different companies all want you to use their train lines so they really don’t work together when it comes to pricing.

What this means in practice is that switching train lines makes every trip more expensive.

So, if you want to lower the cost of getting around, try to stick with a single company as much as possible. Often, a little extra walking or taking a slightly longer route will cut the price in half.

Available train passes (As of October 2018)

This is probably the best option for most people because it’s 24 hours, rather than just the day of purchase, and the Tokyo subway can take you many places.

This is helpful if you will use the Toei lines regularly, but take note that it’s for the day of purchase only. It’s not for 24-hours.

A JR pass that’s good for traveling in Tokyo on JR trains for the day of purchase only.

This ticket is the most comprehensive, allowing you to use any line you want without all the hassles. Good if you plan to go all over the place by train in one day. Again, this is for the day of purchase, rather than 24-hours.

In Tokyo, it’s pretty common to walk 10-15 minutes to or from a train station, but if you don’t want to do that for whatever reason there are also buses and taxis.

The bus system pretty much covers the places that the trains miss and the pricing is a little more straightforward. It’s the same cost no matter how far you go. On an especially hot, cold, or rainy day, many people will take a bus to the train station to avoid walking. They can also offer a more direct route to some locations.

The downside is that they can be very tricky for foreigners. Bus stops often aren’t obvious and it’s difficult to find your stop when you want to get off.

Once again, there are many competing companies with different bus lines. However, Toei has the largest bus network and the other lines go fewer routes.

Taxis are also plentiful and can be hailed on the street. They can also work in many situations where you’re far from the train station. It’s best to have your address written in Japanese if it’s not a major station or well-known area since the driver probably won’t speak English.

A quick note about taxis: They are very expensive. A lot of people are surprised by how expensive they are compared to other places. But, they recently lowered the fares for short distances to encourage people to use them more. The base fare used to be 730 yen for the first 2km, but now it’s 430 for 1.053km.

So, taxis are still very expensive overall, but not bad for a short trip.

Putting it all together

I know this is a lot of information to take in. While the system is complex, once you get used to it it’s very helpful and set up very logically. While Tokyo is a huge city, you can get almost anywhere by rail and there are buses to fill in any gaps. With a little practice, you’ll be navigating the city like a local.