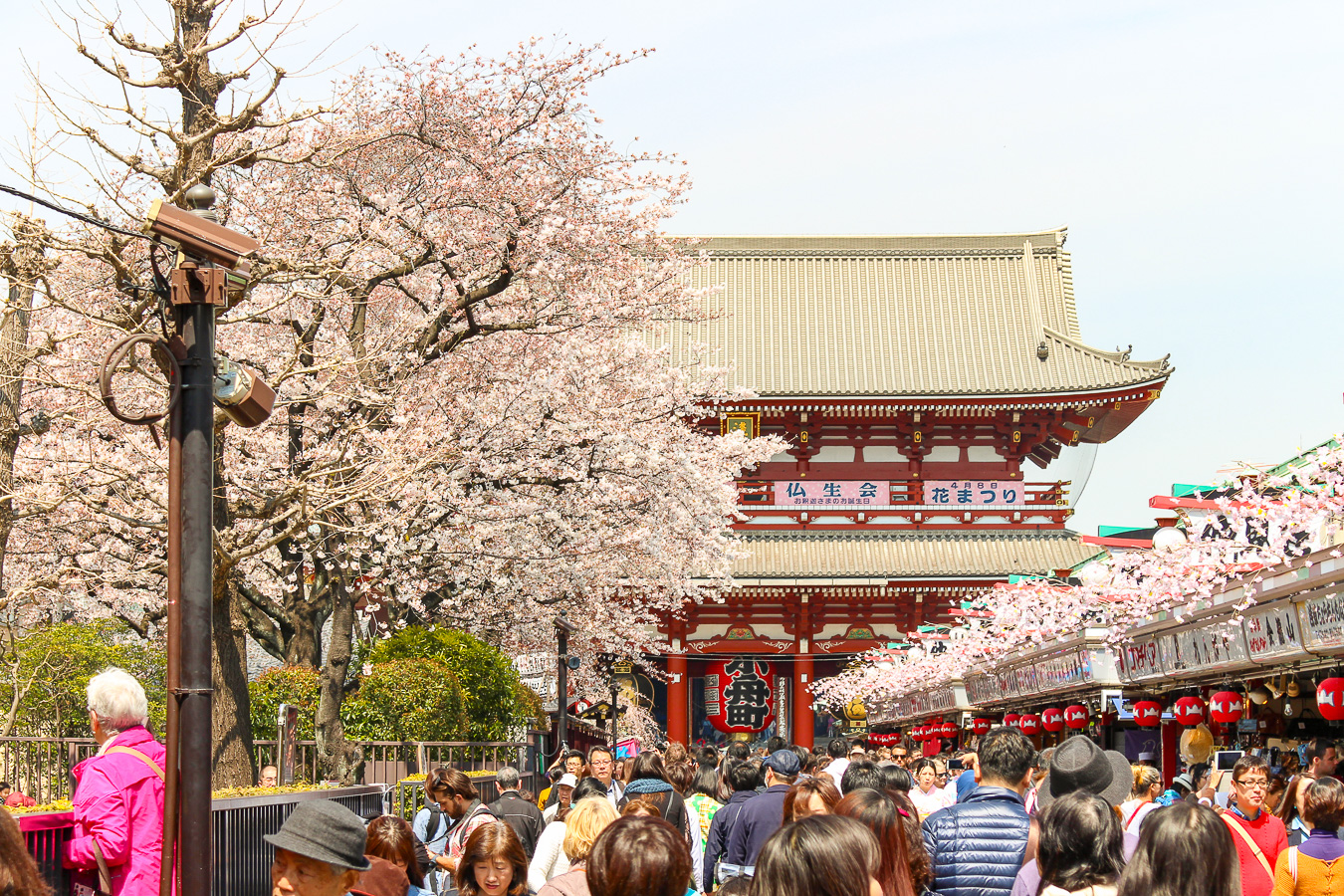 One of the most common things we get asked is, “Is Japan expensive?”

Japan has a reputation for being really pricey—especially Tokyo—so while a lot of people are fascinated by the culture and would love to visit they don’t because of the perceived cost.

Japan’s certainly not a budget destination, but compared to the US or Western Europe it’s not all that different.

Why does Japan seem so expensive?

The short answer is that people do expensive things without realizing it. They assume everything in Japan is just as expensive and then tell friends and family about it.

Granted, some things are really expensive, but this is true most places.

Despite this, there’s an obsession with pointing out Japan’s most expensive things while most other places don’t get the same scrutiny.

Fruit is a good example.

Just do a little research about it and you’ll find one of the many articles about expensive fruit.

Yes, there are melons that cost hundreds of dollars. There’s also a clear reason why: they’re considered a luxury and commonly given as gifts. The melons are flawless and come beautifully wrapped up in a wooden box. There are farmers that specialize in a particular fruit and perfect their growing technique.

It’s not like people are regularly buying these luxurious fruits to take home and eat. They’re gifts for special occasions.

There’s also Kobe beef, which has become a global symbol for expensive steak. It’s now served in restaurants all over the world for a hefty price tag. There’s also a specific reason why this steak is so expensive: It comes from a specific breed of cow that’s spent its whole life in the Kobe region and was raised according to rigorous standards. Then, the meat is rated according to quality.

Then, there are the famous movies about Japan.

Lost in Translation is primarily based in the Park Hyatt Tokyo, a luxury hotel that’s known for impeccable service, and a bar with exceptional city views. FYI: It’s also really expensive.

Here’s what these things have in common:

Luxury products and services are expensive.

If you were to visit NYC, stay at the Park Hyatt near Central Park, eat at one of the city’s top sushi restaurants or best steakhouses it would also be really expensive—actually, much more expensive than Tokyo.

How to explore Japan without spending a fortune

Your first challenge is going to be finding a reasonably priced flight… not always easy.

Timing is one of the biggest factors here. If you avoid peak times and buy your tickets in advance you can find return tickets from NYC for between $700-800 on major airlines. LA is usually less. We’ve seen tickets under $600 on lesser known airlines. Europe is often cheaper than the US.

But, this all depends on the specifics of your flight. These are just what we’ve personally found.

Once you get to Japan, the biggest challenges will be understanding what’s considered a luxury, avoiding tourist traps, and communicating effectively if you don’t speak Japanese.

There’s only so much you can do about hotels since real estate is very expensive in most Japanese cities. That said, with some planning you can find a small, clean hotel room for $50-75 per night or a small apartment on Airbnb for even less.

There are also capsule hotels, which are basically a bunch of small sleeping pods with shared facilities. Hostels have been growing in popularity, too. And if you’re open to that they are really cheap… often under $30 per night. This wasn’t true up until a few years ago, but now there are tons of hostels around Tokyo and other major cities.

Airbnb has been growing rapidly over the last few years and that’s what we use most of the time. We find that this is usually the best value and allows you to experience local life in a way you can’t in a hotel.

The process is a little different than a lot of other parts of the world though. It’s usually self-check-in, meaning that you don’t ever meet your host. You just communicate through messaging and there will be a lock box for the key which they will give you the code for after you book.

It’s a little strange at first but is very convenient once you get used to it.

If you choose local food rather than tourist food, eating in Japan isn’t that expensive. Unless you go to a sushi restaurant every day. Sushi in Japan is better than most other places and there are more types available, but it’s still not a cheap food.

The thing you have to keep in mind is that typical Japanese food is very different from Western food. You can still get a burger, burrito, or pizza if you want but it’s going to be expensive. Same thing if you get imported snacks from the store. These are luxury items in Japan and priced accordingly.

Food from the supermarket is usually the least expensive option. If you want sushi, one of the best things to do is go to a good supermarket after 7 PM. Due to strict food safety laws, some foods must be thrown out at the end of the day so whatever’s left gets heavily discounted. Discounts usually start at 10 percent and keep going down every hour until they reach fifty percent off.

If you eat out, you can get set menus at lunch which will include a main dish with rice, pickles, and soup. There are also noodle shops and Japanese chain restaurants like Matsuya and Yoshinoya that have simple, inexpensive dishes. Rice balls from the convenience store are also popular and surprisingly good. There are also revolving sushi bars where you take what you want from a conveyor belt or order from a screen.

How to get around

When getting around, be aware that taxis are very expensive compared to most other countries. Uber is expensive, too and there’s no Uber X version that’s cheaper. The subway also doesn’t run 24 hours in Tokyo or any other city that we know of.

In Tokyo, there are competing train lines and if your trip involves multiple companies it can add up quickly, so try to avoid using different companies.

Also, going long distances by train can be expensive—especially when using the Shinkansen (bullet trains). There is a rail pass available to tourists that’s a great value if you plan to travel to many places in a short period of time. If you only plan to go to a few places, it’s not. Much better to use a long-distance bus or one of the low-cost airlines.

This is another reason why many people think Japan is really expnsive, but it doesn’t have to be. Just plan your trips a little more, go home before the metro closes, and choose low cost airlines over bullet trains.

Go beyond Tokyo and Kyoto

Like we’ve said before, Tokyo and Kyoto are absolutely worth visiting, but they are also the most crowded and expensive. If you want to bring down the cost of travel, spend more time in other parts of the country. Fukuoka is one of our favorite city’s and it’s not expensive at all. The food is amazing and its small size makes it easy to get around on foot or by bike.

There are also many opportunities for short trips nearby. One of the best Onsen (hot spring) regions is within a few hours. You’re also a short flight from Taiwan and Korea.

Another place to consider is Okinawa. This small collection of islands is gorgeous and is only a short flight from Tokyo. The vibe is very mellow and climate is tropical. You’ll find some of Japan’s most beautiful beaches and a unique cultural history. It used to be expensive to fly to, but now many low-cost airlines fly out daily.

We could go on, but the point is that by stepping out of the main tourist zones Japan is not as expensive as you think.

The bottom line: Is Japan expensive?

No, but there is really expensive stuff in Japan. There are spectacular hotels, restaurants, and shopping destinations everywhere.

That’s not always easy, considering the cultural differences and language barrier, but with good advice and a little planning, you can have a great trip without spending a fortune.